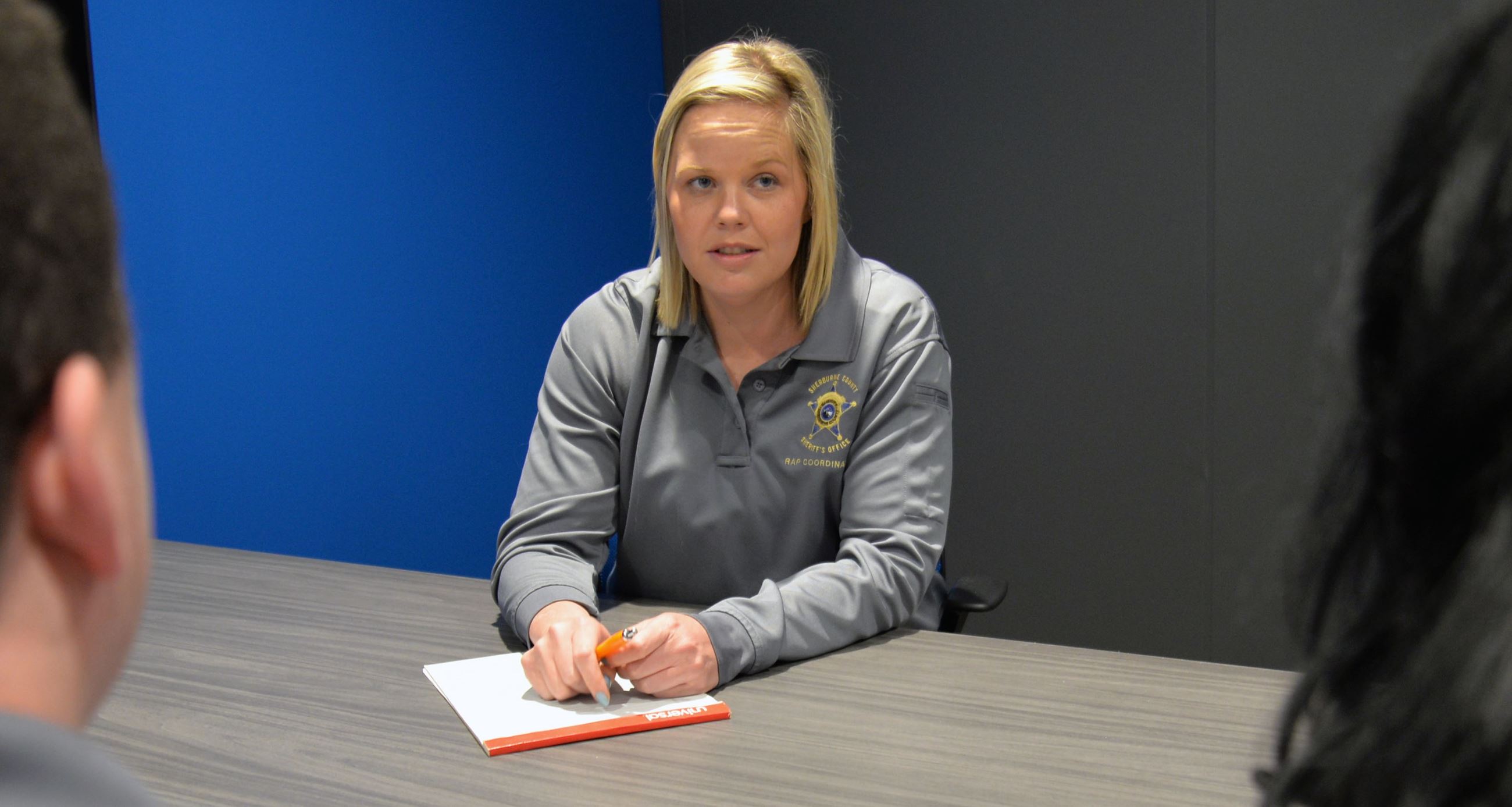 The Release Advance Planning (RAP) program provides Sherburne County inmates with resources to meet their individual needs once they are released from the county jail.

A multi-disciplinary team meets with inmates, designs a plan and monitors the inmates after their release to optimize their success within the community.

The goal of the voluntary program is to improve public safety and reduce recidivism by preparing inmates with successful reintegration into the community. It reduces jail dependency, promotes self-sufficiency and community livability by increasing the amount of involvement of citizens working in partnership with criminal justice agencies.

Non-Sherburne County residents and pre-trial clients will be considered on a case-by-case basis.

The eligible inmate meets with the RAP team, where each team member can present the resources they have to support the inmate. RAP members come from several county departments and other public and private companies and agencies.

A plan is created to address the inmate’s needs, signed off by a RAP team member and the inmate.

A RAP coordinator follows up with the inmate 14, 30, 60 and 90 days after their release and tracks progress and ongoing needs. After 90 days, the inmate is given a discharge status -- either successful, unsuccessful or terminated.

Successful: A client who has met at least 50% of their needs within three months and has also remained out of Sherburne County custody for a minimum of 90 days.

Unsuccessful: A client who has re-offended, violated probation and/or has not successfully reached 50% of their needs.

Terminated: A client may either be self-terminated or program terminated.

There have been 87 program inmates who were released from jail between October 2014 and October 2017. Of those, 73 were discharged with a status of successful. Only 14 received a discharge status of unsuccessful.

“I find it very helpful that RAP gives clients a checklist of tasks before they are released from jail. One of my offenders needed to complete a psychological evaluation, a chemical dependency evaluation and enter a domestic abuse class as part of his probation. It was wonderful to have those appointments scheduled for him prior to his release and he has no excuse not to follow through. This particular offender has been in jail on a probation violation and previously not complied with ANY of those conditions of maintained in contact. Since he was released after attending RAP, he has completed all of the tasks on his list and secured full-time employment.” – Shannon Marks, MN Department of Corrections

“The RAP program has been beneficial to my clients who are currently in custody. I have received positive feedback in regards to the prompt response and assistance in their requests. It has been helpful to have this resource in the jail.” – Jordan Krogstad, Public Defender

“From my perspective RAP is an excellent program. So often, it appears that inmates have chemical issues those issues have contributed to their incarceration. Getting chemical health addressed while in jail is definitely in everyone’s best interest.” – Mary Albert, Riverplace Counseling Center